Trending
NFTs, what are they? Discover its applications
Discovering the Metaverse potential
Physical Internet: Integrated technologies towards universal logistics.
Humanitarian logistics: At the heart of every emergency
Voice technology. Changes and keys in digital interaction.
The importance of cybersecurity as the backbone of...
Fog Computing for efficient and reliable digitization
Sustainability, Security and Technology: 3 key areas for...
Artificial Intelligence and Machine Learning in Manufacturing
Smart Tourism. Smart travel experiences
Home Tecnología Drones: Putting legislative barriers to innovation
Tecnología 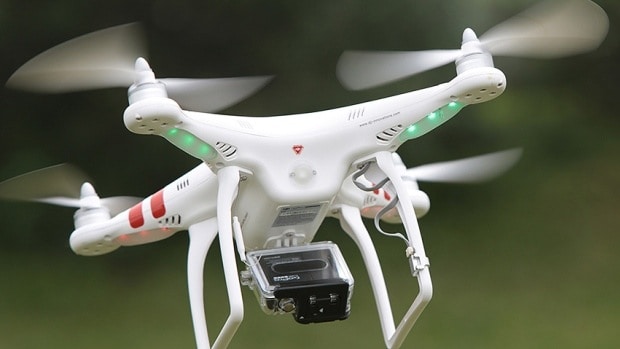 You might be familiar with the concept of ‘drone’, that is, unmanned aircraft often intended for military purposes. The emergence and development of drones, the access to them and their possible uses are bringing about a genuine dilemma implying a clear legislative barrier to innovation. On the one hand, it is not difficult to agree that some legislative coverage governing its use is essential, since it entails certain risks. On the other hand, we have overly conservative laws, sometimes created at a time when such technology didn’t even exist and which inevitably hinder the development of innovation and the endless possibilities drones open up.

In this regard, the competent authorities of each country or territory act and react independently and often totally opposed. Analysing the nearest case, which is Spain, after a video with stunning aerial images of the city of Madrid taken by a drone appeared on social media and went viral, the AESA (State Aviation Safety Agency) had no alternative but to issue a communication stating that the use of such drones is not allowed. The only exception is the use of this technology for recreational purposes, as long as they fly below 100 meters in places intended for model airplane practice. In the case of commercial uses, the AESA made it clear that its use is strictly prohibited.

These measures or laws, often created and applicable before the existence of drones or their current level of accessibility, are no doubt a real barrier limiting innovation for many sectors.

The issue is not simple, as the use of such devices involves a myriad of requirements and protocols that must be covered: safety, liability and others. Therefore, the need for a control legislation is a fact, but such legislation should be adapted and updated. If we are committed to an industrial culture based on innovation, we should not limit the development of such technologies with outdated laws.

In Spain, reconciling these two aspects is still a pending issue that needs an urgent solution if we are to make a progress. In fact, it seems that a new regulation to end this legal loophole is under way and the AESA has claimed they are working on a specific regulation so that this type of aircraft can fly under certain conditions and limitations. This purpose can let us glimpse some light at the end of the tunnel, but the truth is that any delay imposed on innovation and entrepreneurship inevitably becomes a global delay in the development of a country.

The odds are that it will be a long and tough way, but initiatives like that of giant Amazon, which aims to use these devices in the transportation of packages –still more Sci-Fi than fact today, are bound to make drones present in our daily lives.

About the Lean philosophy