Trending
NFTs, what are they? Discover its applications
Discovering the Metaverse potential
Physical Internet: Integrated technologies towards universal logistics.
Humanitarian logistics: At the heart of every emergency
Voice technology. Changes and keys in digital interaction.
The importance of cybersecurity as the backbone of...
Fog Computing for efficient and reliable digitization
Sustainability, Security and Technology: 3 key areas for...
Artificial Intelligence and Machine Learning in Manufacturing
Smart Tourism. Smart travel experiences
Home Tecnología Google´s Red Button to stop machines from rebelling against humankind
Tecnología

Google´s Red Button to stop machines from rebelling against humankind

Artificial intelligence is perhaps large companies most important strategic decision. They are investing huge amounts of money, effort and resources in its development.
Machines that are able to learn independently in order to facilitate our lives in any area. 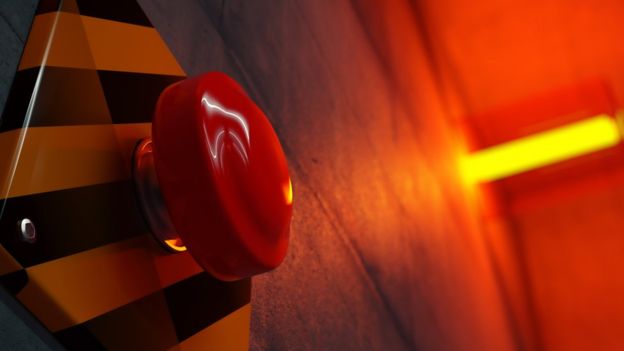 But there will come a time, when machines will surpass human intelligence. And no, I’m not inventing this, nor is it the title of a science fiction movie. This is the conclusion, experts of the company Deep Mind have reached (a company specializing in artificial intelligence) together with FHI (Institute for the Future of Humanity). In fact, computer science has advanced greatly since its inception 70 years ago. The computing power has been doubling every 18 months, according to Moore’s Law. It is believed that if Moore’s law continues fulfilling itself, by 2030 the computing power of a processor corresponds to the intelligence of a person.

This hypothesis is at least, a disturbing one. So much that the classic movie “Terminator” seems to have inspired Google when developed and patented his now famous red button.

With the aim of eradicating the fear of artificial intelligence, Deep Mind (company belonging to the giant Google) and FHI have developed a “red button”. An emergency button in which in case of a machine rebellion, it could be prevented and stop any harmful action for humankind.

What is Google´s Red Button?

Laurent Orseau, a scientist who works for Deep Mind and Stuart Amstrong of the University of Oxford, are responsible for this project.

According to Armstrong and Orseau, the button has been created for the purpose of preventing machines to follow a sequence of actions that could be harmful to humans or the environment. So they developed a protocol that allows a human operator to interrupt the operation of the artificial intelligence platform in case of emergency and also ensure that the robot is not able to override these interruptions.

The challenge of artificial intelligence

A good example of this is a robot capable of deciding whether or not cause pain to people by nailing a needle. Its creator, Alexander Reben, sought, when he created the machine, to enter into the burning debate whether or not artificial intelligence is dangerous.

Another example is the Microsoft bot, Tay, designed to create fun chats on social networks, the company had to turn off the next day after its release because it started throwing racist and sexist comments on Twitter. Do you remember?

Scientists and specialists agree that no system is infallible and that precautions must be taken.

Surely the danger today is not very likely to happen, but technology is advancing very fast, it is best to work on it from now on.
The key is to raise awareness about safety in the development of almost all algorithms and robots, and to be able to disconnect the system in an instant. Or even better, that any artificial intelligence system can detect when something is wrong and be able to stop it automatically.

In the world of artificial intelligence, managing to control any risk for humans is undoubtedly one of the biggest challenges we face.

In conclusion we could say that we are facing an exciting future but not without risk, if we don´t do it right.

The future passes through smart cities

The keys to understand the Forth Industrial Revolution