Trending
NFTs, what are they? Discover its applications
Discovering the Metaverse potential
Physical Internet: Integrated technologies towards universal logistics.
Humanitarian logistics: At the heart of every emergency
Voice technology. Changes and keys in digital interaction.
The importance of cybersecurity as the backbone of...
Fog Computing for efficient and reliable digitization
Sustainability, Security and Technology: 3 key areas for...
Artificial Intelligence and Machine Learning in Manufacturing
Smart Tourism. Smart travel experiences
Home Tecnología Edge Computing: The technological trends’ engine.
Tecnología

We are facing a revolution, where data today is the most powerful asset. Almost without realizing it, companies like Amazon, Microsoft and Google have managed to dispose of our personal data and little by little we have been giving total control over our mobiles, cars, refrigerators, and toasters.

Scandalously so, our personal data is the turning point between what we knew as technology, the new digital era that will allow the global connection “in everything” and the automation of many or most of the systems and everyday processes that we know.

We constantly hear of the advances of Augmented Reality, Artificial Intelligence, the Internet of Things; However, we know little of one of these technologies’ greatest facilitators, which allows them to see the light as realities: Edge Computing. 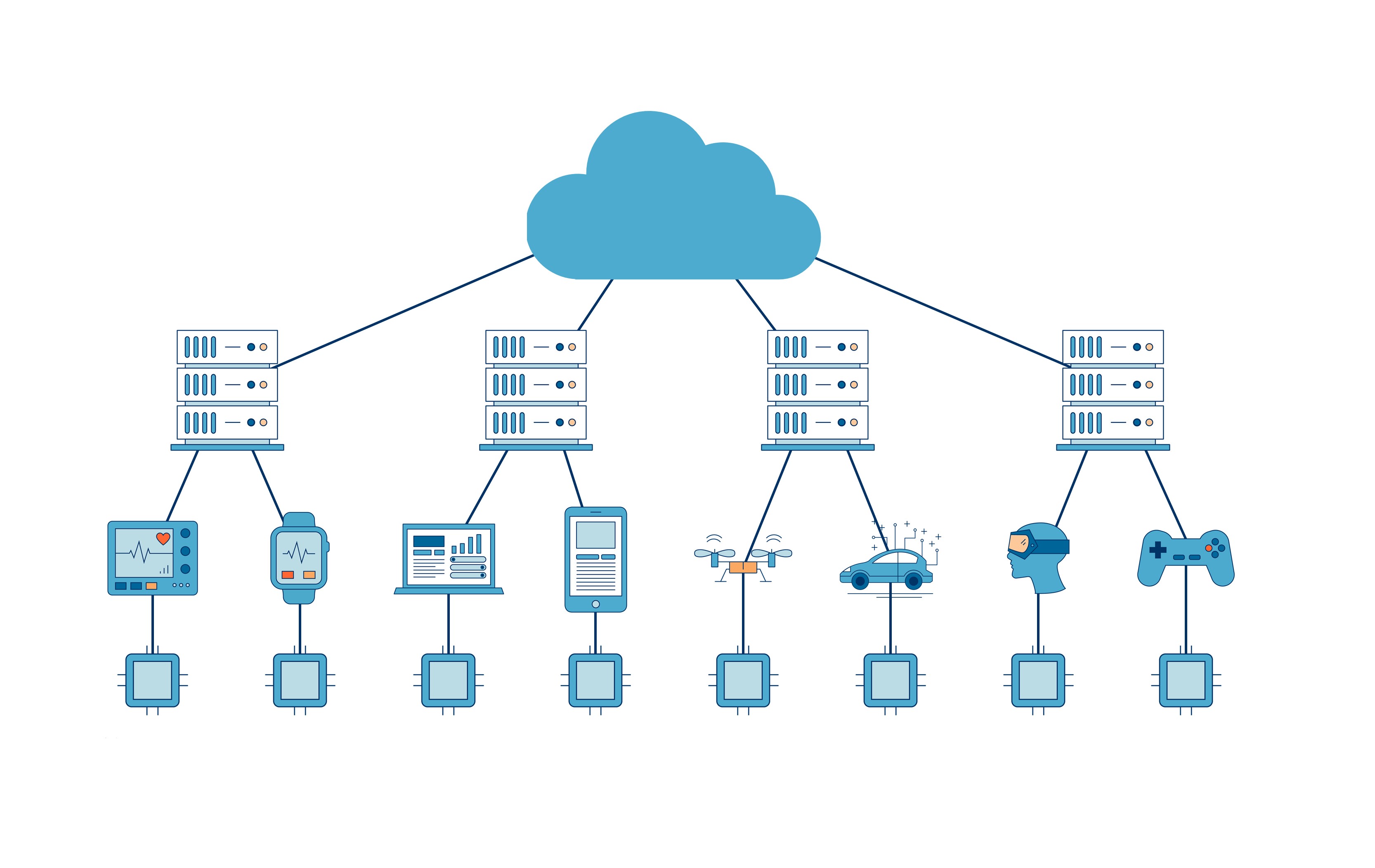 One simple explanation about Edge Computing.

Edge computing is a network philosophy focused on bringing computing as close as possible to the data source, intending to reduce latency and bandwidth usage. In simpler terms, it means running fewer processes in the cloud, moving them to decentralized locations: such as a computer, a smart device or a server.

We can understand “Edge Computing” as the process to bring computing to the network’s Edge, to minimize long-distance communication between user and server.

Given the imminent development of the Internet of Things and its applications in real-time, Edge Computing has become a major interest as a solution to the process and rapid response, rather instantaneously, which means the main trigger for the development of technological trends that are around the corner.

Latency reduction, the key benefit for the development of real-time applications

Latency refers to the delay between giving an order (for example one click) and the response. It is the amount of time between sending data and acting on the data received.

Adopting Edge Computing allows reducing response time, to insignificant times, by locating nearby points for data processing and storage. Looking for ways to travel through less routers, creating a lesser possibility of data corruption. Keep in mind that the more intermediate teams through which the data passes, the more likely they can be read, modified or hacked.

One of the sectors with greater development and interest in lowering network latency, is the mobile and multiplayer videogames sector.

The Internet of Things (IoT) is changing the way industrial organizations generate, collect and analyze data, as this technology extends its advantages to industrial devices, machines, controllers and sensors. We have already discussed in other articles the need for using technologies such as blockchain to secure the data generated by the thousands of IoT sensors. If this data must travel through intermediate networks, the use of these technologies is key, another complementary possibility is the development of Edge Computing, so that the data process is carried out very close to the sensor that generates it, thus avoiding traveling through insecure networks. The sum of Blockchain and Edge Computing allows us to take a step towards a safe and efficient IoT world.

In this way, Edge Computing and data analytics are increasingly being located near machines and data sources, facilitating the generation of data quickly and in greater volume.

Edge Computing provides control, through its devices, that collects, aggregates, filters and retransmits data safely, taking advantage of the proximity to industrial processes or production assets. These data are analysed by analytical tools, which detect anomalies in real-time, with an almost insignificant reaction time, which allows operators to take effective and timely actions.

Edge Computing, also in applications that do not need low latency and high bandwidth.

Security is not the only way new technologies will help solve the problems introduced by IoT. The other benefit is the bandwidth that allows this development.

Although latency and bandwidth are different concepts, it is true that many applications that need low latency also need a large bandwidth. Edge computing can also help us reduce the need large bandwidths.

For companies, cost savings can be a good reason to evaluate solutions based on Edge Computing architecture. Companies that have embraced the cloud for their applications have discovered that bandwidth costs are higher than expected.

When users of all types of web applications encounter processes that must communicate with an external server, they will encounter delays and often excessive costs. The duration of these delays will vary depending on the available bandwidth and the server location, these delays can be completely avoided with Edge Computing.

The idea is to carry out a greater process near the device itself and reduce the volume of information to be transmitted. This element is key since it will not always be necessary to have high bandwidth and low latency networks such as 5G, which in turn will have higher costs. In many cases, using the philosophy behind Edge Computing we can use networks of much lower cost, the so-called Narrowband. It is not yet clear what the dominant narrowband network will be, but there are already many applications working with them, whether with NB-IoT, Lora or Sigfox, which are the most used worldwide. If we look at a European level, especially in Germany, we see that the bet is for NB-IoT.

Another decisive element to process in the Edge and the use of Narrowband networks is energy consumption. Many sensors and IoT devices, due to their small volume, have low capacity batteries that must be optimized to the maximum. Keep in mind that in a sensor, the process that consumes most of the energy is data transmission, therefore, to achieve efficient applications with all types of sensors, we need to process on the Edge and transmit little volume of information and discontinuously.

Autonomous cars are one of the best examples in which Edge Computing means an unprecedented advance to land technology as a reality for the industrial and consumer market.

Due to latency, privacy, and bandwidth, you cannot feed the complexity of all sensors in an autonomous car to the cloud and wait for a response. Imagine that a single car is a complex system where several commands interact at the same time, now that multiplied by the number of autonomous cars running at the same time, in the same area it is very difficult to support the amount of data for this type of work for the mobile network. Edge Computing can be the alternative to achieve the fluidity of data processing, which can be easily multiplied.

Operators around the world are committed to the implementation of 5G wireless technologies, which promise high bandwidth and low latency benefits for applications where it is essential. This is meant to be a new world in speed and processing experience focused on the cloud.

However, Edge Computing strategies with 5G are being worked on to further improve of real-time processing speed, especially in mobile devices, autonomous cars, and self-service.

5G works as a catalyst for this technology. Technological applications that need bandwidth and low latency will require the Edge technology infrastructure support.

The biggest Edge Computing benefit is the ability to process and specify faster data, allowing more efficient real-time applications. This efficiency becomes critical for the development of the most powerful technologies of this Digital Age such as: Augmented and virtual Reality, autonomous cars, the Internet of Things, Smart Cities and the continuity of mobile development. All of them need to quickly increase the speed and process fluidity and data sending.